And all this may take a while. But this will at some stage be my new home. Please visit soon!
Posted by Rispa Frances at 16:58 0 comments

What could I do? 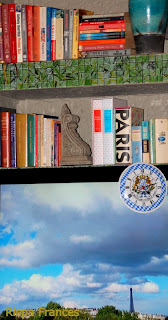 To enhance my life, was the question I had to answer today in Pretty Powerful’s weekly challenge. Tricky one. And even trickier to depict in a photograph.
Something is holding me back, something is stopping me, something is blocking me. I’m not entirely happy with the me that I am, but I’m not DOING anything to change this either. I’ve been bleating on about affecting change in my life for three years now. And what have I really, really DONE about this? Diddly squat would about sum it up correctly. And daily I become more and more resentful of myself. Go figure!!
I loosely blame my inability to take any action on being the current holder of the Procrastination World Champion trophy. I’ve held this title for some time and, though there are no contenders in sight to take it from me any time soon, it takes hours of practice to make sure that I’ll be ready when any do show up to take me on.
For my 50th birthday The Clever One gave me, amongst other wonderful spoils, a Bavarian clock. I love staring at it, trying to figure out what the time actually is. It often tricks me. ‘In Bayern geh'n die Uhren anders.’ Whilst clocks may turn differently in Bavaria, there cannot be a shadow of doubt that the cogs of my mind turn anti-clockwise.
Read more »
Posted by Rispa Frances at 21:00 0 comments

I do this every day 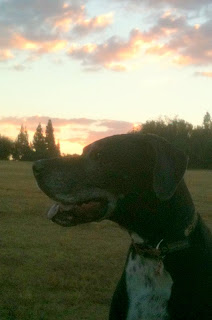 I was catapulted into making this lifestyle choice a daily routine three years ago. I would lie if I said I enthusiastically dragged myself away from whatever I was busy with to take The Princess for her walk in the local park every day. But in true Pavlovian style, she reminds me every late afternoon that it is time for us to go. Such is my loyalty, commitment and dedication to anyone but myself, that I willingly oblige.
There are early morning walkers and late afternoon walkers. There are joggers and cyclists. There are big dogs and small dogs. There are pretty dogs and ugly dogs. There are dogs that swim and dogs that don’t. There are dogs that chase balls and dogs that don’t. There are dogs on leashes and dogs who roam free. We’re a motley crew. Some of us have a lot in common and some of us nothing at all. But the glue that binds us is our undeniable love for our dogs.
Over the years, both The Princess and I have forged wonderful and lasting friendships in the park. The park has been kind to us both.
Read more »
Posted by Rispa Frances at 22:00 0 comments

Email ThisBlogThis!Share to TwitterShare to FacebookShare to Pinterest
Labels: Challenge, The Princess 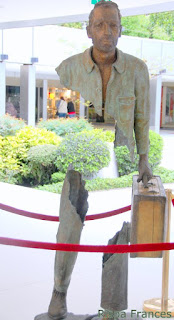 When you are having flies, as James Clarke once said.
Sometimes it feels like yesterday. Sometimes a lifetime ago. Sometimes I don’t remember it at all.
That day, Leonard Cohen reminds me, I just didn’t care what happened next. It looked like freedom but it felt like death. It was something in between, I guess. [I know now] it was closing time.
That day, you stepped into the setting sun and walked towards your loyal and adoring fans, bedecked in the finery of the Emperor’s new clothes. That day has been etched in my soul with blood, in my cheeks with tears, in my mind with disbelief.
You have asked me a few times since that day to forgive you. I often wonder what exactly you think you need forgiveness for. What is it that torments you from time to time that only I can take away? What, after all these years do you still want from me? I gave you so many reasons to love me, but nothing ever came of it.
Read more »
Posted by Rispa Frances at 23:30 0 comments 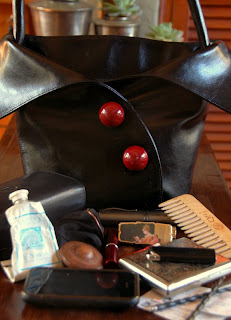 I empty the contents of my handbag on the coffee table and try to make sense of how the pieces that fell from it, reflect the lifestyle choices I make.
The bag itself is partly a lifestyle choice and mostly a lifestyle dream. I bought her on my most recent trip to Paris whilst The Interior Decorator was shopping for a Louis Vuitton bag. I would far rather have something unique, different and quirky than a well-known brand name where it is difficult to tell the difference between the real thing, which you need to mortgage your mother for, and a Chinese knock-off that is so cheap that it is being sold by vendors at traffic lights in the city where I live. She’s a constant reminder of how much I love Paris and to keep following the dream to live there. One day. When I am big.
It was interesting to realise that there were in fact two lipsticks in my handbag. I very seldom, if ever wear any make-up, let alone lipstick. Yet, I have been known to do a 104km bicycle race around the Cape Peninsula with lipstick, perfume and some money in my saddle bag. Oh, and I guess some tools too.
Read more »
Posted by Rispa Frances at 23:00 0 comments 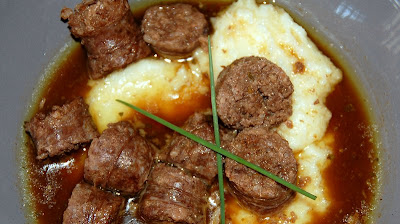 My Mother once told me that all I was made of was good intentions. My Mother isn’t inclined to succumb to malice. Nor to sarcasm.
Read more »
Posted by Rispa Frances at 22:30 0 comments 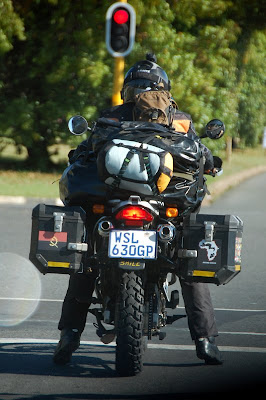 Around 10 this morning I took the last picture of The Adventurer as she turned the corner and drove out of sight on the heavily laden Dax heading for the fairest Cape of them all.

I swung my camera over my shoulder, bent down to hug The Princess and stepped into a sea of mixed emotions and feelings. There she goes. Again. On an adventure. Alone.

A piece of my heart slipped into her baggage. Heaven knows where it found space. But there she goes. Again. And I turn back. Alone.

It is that time of year where the darkness starts rolling in earlier and as it does so, it steals the last bit of heat from the weakened sunrays and brings with it its own chill. Tonight there isn’t only a definite nip in the air, but my house and my heart seem to have assimilated that same coldness that emptiness brings.

The Adventurer will be setting out from Agulhas, the southern tip of Africa on Saturday, to become the first woman to circumnavigate the second largest continent in the world. For more than 36,000 kilometers it will just be her and Dax, her trusted BMW Dakar motorbike.
Read more »
Posted by Rispa Frances at 22:30 0 comments

Email ThisBlogThis!Share to TwitterShare to FacebookShare to Pinterest
Labels: Agulhas, BMW, Dax; The Fairest Cape, Journal from home, The Adventurer, The Princess

Heart of the Rose 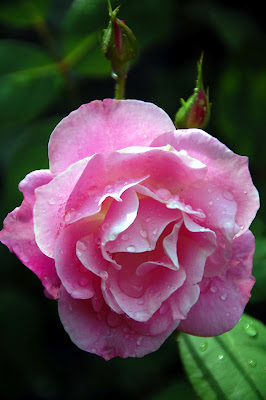 The music: Since being a little girl, I’ve always thought the key to unlock all answers lies somewhere in the lyrics of great songs. Being on a quest to create my own universe, there is no greater inspiration for me than this, narrated by Sir Laurence Olivier, one of my most favourite actors of all time.

The photograph: Being mildly inspired by The monk who sold his Ferrari, I’m going to be The nun who bought a Ferrari. I don’t really care much for Ferrari’s but I do love quirky convertibles of years gone by. To grow a strong and disciplined mind, I am savouring the heart of the rose.

Email ThisBlogThis!Share to TwitterShare to FacebookShare to Pinterest
Labels: Dave Clark, Heart of the Rose, Sir Laurence Olivier, The monk who sold his Ferrari, Time 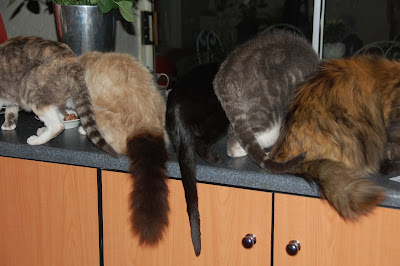 I have now successfully procrastinated myself to the end of the second day of yet another year.

A part of me is adamant not to merrily go down the waterslide of this year and, when I come through the last bend and suddenly see the inviting cool blue water in front of me, have a mild anxiety attack because I didn’t really appreciate the view on the way down and I didn’t really make the most of the ride.

As I am swimming away from the ride on 2011’s waterslide, I’m looking forward to doing some things differently in 2012.
Read more »
Posted by Rispa Frances at 23:30 0 comments 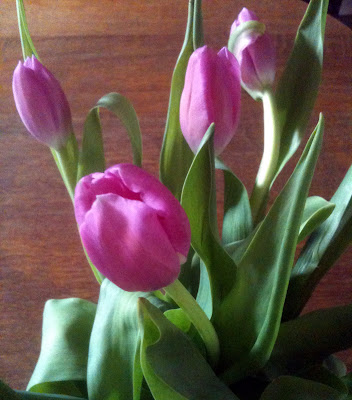 L’homme, today I bring you nothing. Not a brightly wrapped gift, not a smile, not a sigh. I can’t even find wishes for you, neither good nor bad.

That is what you always wanted, is it not?

But you live in my heart and in my mind every single day. It is just that today I have nothing to give.

The music: I think Adele is unbelievably talented for one so young and I do love this song.

The photograph:This morning I bought tulips for My Organised Friend and tonight I am cooking us dinner.

Welcome to my world!

All words and photographs on these pages, unless otherwise noted, are private property. These words and images are protected under International Copyright laws any may not be downloaded, reproduced, copied, transmitted or manipulated without written permission.